A downloadable physical party game for macOS and Linux

Parley Who Vertigo is a physical multiplayer party game played with 2 to 7 players. It combines short mini-games and some non-digital rules on top to structure the experience. Parley Who Vertigo is an experimental non-screen game using PS Move Controllers and is best to be played at local-multi-parties and in public space.

This game is still in development so please stay tuned for updates.

Parley Who Vertigo is a game by Josef Who? and thp for Next Thing Co.'s PocketCHIP and MAC .
Note that on macOS 10.12, it might be necessary to use an external USB Bluetooth 4.0 dongle to get more than 2 controllers connected.

Lay PS Move controllers (you will need at least 2) on a table and gather around in a circle. Mark controllers with coloured tape so everyone can easily remember which controller belongs to whom. Be sure to have enough space to run around the table comfortably without knocking something down. 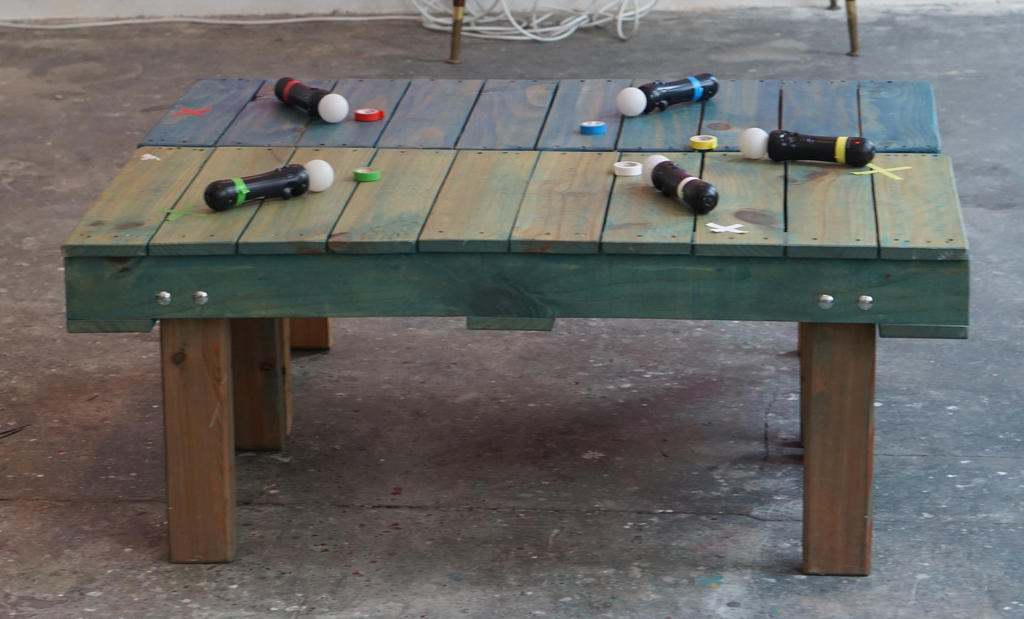 Everyone starts at a controller of their choice. This controller will be yours for the rest of the game (thats where the tape is coming in handy). The controllers blink green and the game begins when everyone is holding down the PS Move button.

Next, everyone is putting their controller back down at the table while the game picks and announces the next mini-game. Every mini-game has a short intro displayed by the glowing ball of the PS Move Controller. After every mini-game, the players put their controller down, and then go to the next PS Move Controller on their left-hand side. Play the next mini-game, put down the controller, then move one position to the left again and so on and so forth. Be aware that the controller you started with will be yours for the rest of the session. So if you are not playing with yours be sure that you don't score a point. Scoring a point with a controller that's not yours will score a point for the player that owns the controller in this session.

There a two exceptions to this go-to-the-left rule: if the mini-game "Safe Cracker" (yellow) or "Shake It" (green) is announced you have to run back to your own controller as fast as you can and play the game with your own controller.

The player with the most points at the end wins the session.

You can always try to make up new rules to change the gaming experience. If you come up with interesting ones please let us know in the comments, via twitter or mail.

The PS Move controller picks a colour and you have to press the according coloured button (Circle, Rectangle, Triangle, Cross) as fast as possible. The first to do so gets a point. You only have one guess, so get it right the first time.

The PS Move controller becomes green, you have to shake it to inflate an imaginary balloon till it pops. First to do so strikes a point.

The PS Move controller turns yellow. Hold it in front of you so that the trigger points away from you. You have to crack a safe by rotating the controller till you feel its rumble (it only rumbles if you are NOT pressing the trigger). If you found this sweet-spot press the trigger. First player to trigger the sweet spot twice gets a point.

The PS Move controller 's colour changes to blue. Pick it up quickly while the intro is playing. When the intro is finished the controller gets super-sensitive to motion. Hold it as steady as possible and try to destabilize your opponents' controllers at the same time. Last one standing strikes a point.

Hi,
Game looks interesting and fun :-)
Any chance of a Windows version?
I've managed to play joustmania on Windows and that game also uses the PSMove API.

Reply
Josef Who?1 year ago

Thanks for the inquiry.  A Windows version will not happen very soon I have to admit. We are rather occupied with other projects at the moment. But now that we do have one who definitely wants a Windows version it will happen way faster maybe :)

Thanks for responding :-)
Glad to hear it may happen in the future.
BTW is the source available somewhere?
If it is, maybe I can help make it work on Windows?

OK downloaded the macOS version and saw that it's python so I guess the source is already available. Unfortunately I have very little time to work on spare time projects, but if I somehow manage to get it working on Windows I'll let you know. 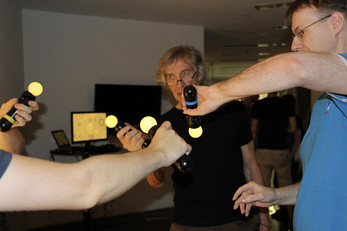 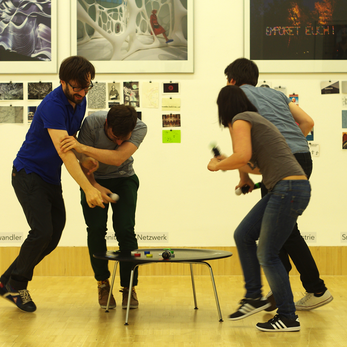